A Brief History of the Salopian Garden

In January 2004 Miss Joan Temple, retired civil servant, died. She left her 1807 cottage, Salopian House, in Isleworth, west London, along with its extensive garden to the National Trust. Salop, mentioned by Jane Austen and Dickens, is a warming drink, made from crushed orchid or sassafras root, served by street sellers before tea and coffee became affordable. In the early nineteenth century this piece of ground on the London Road provided stabling for 24 horses, for carriages travelling between London and Bath. 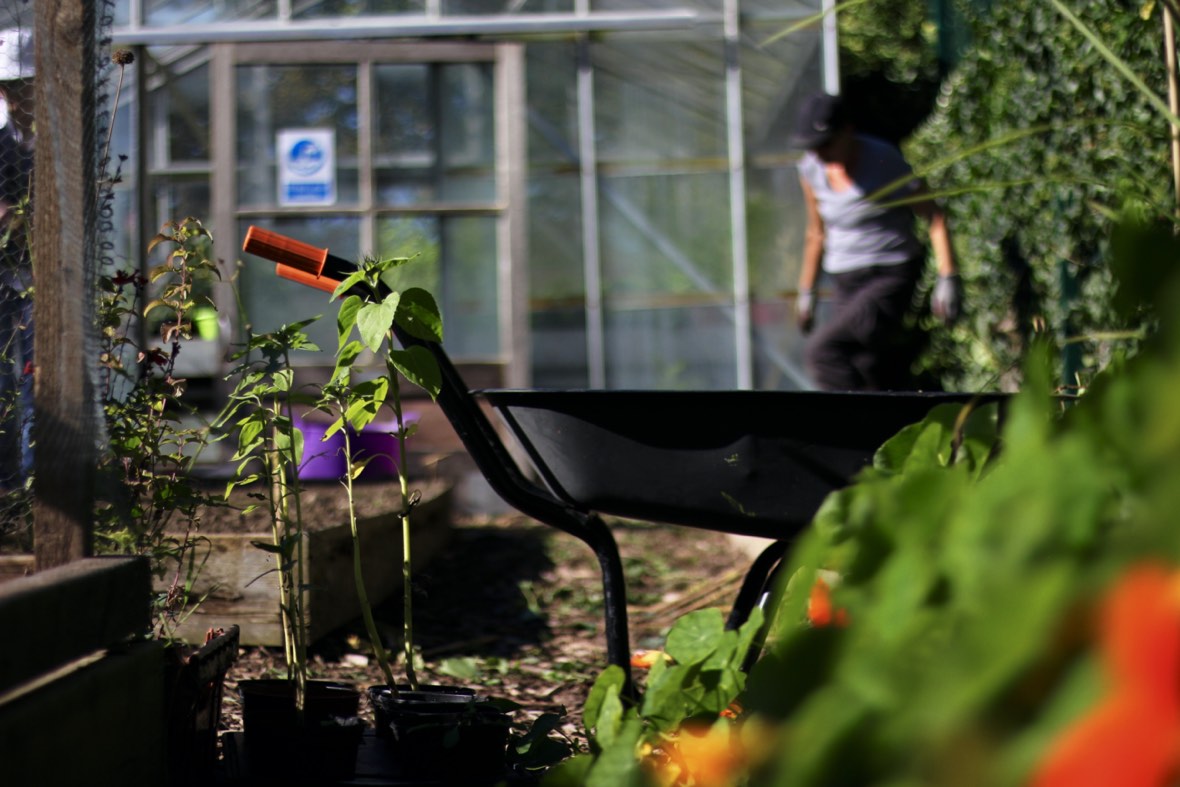 Although the area used to be of great horticultural significance, with Joseph Banks’s house house less than half a mile down the road, the National Trust found itself with a dilemma. They decided to fence off the cottage and rented it out. The garden, however, proved harder to deal with, and became impenetrably overgrown. In 2011, the Trust offered the garden to us.

We battled through the brambles and set up two polytunnels where we grew salads for sale to farmers’ markets and local outlets.

In 2015, however, we decided on a change of direction for the site. In order to meet an increasing community, need for more open and accessible green spaces we decided to convert the garden of Salopian House into a training and community garden. A generous grant from the People’s Postcode Trust made this possible. 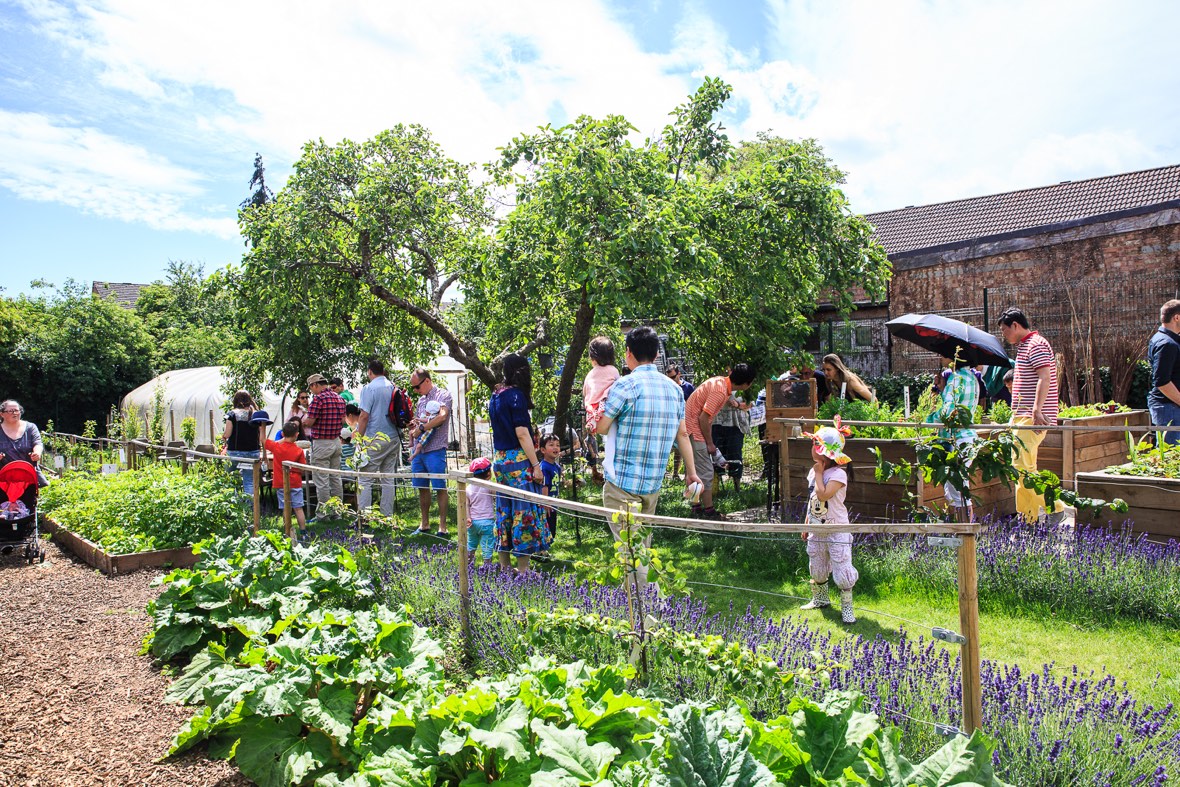 The team that had initially worked on the Chiswick House Kitchen Garden became involved, and drew up an ambitious plan. There would be an espaliered and fanned avenue of heritage fruit trees, comprising pre-1807 varieties of pear, apple, cherry, quince, medlar and gages. Three ancient fruit trees had survived and, with the help of The Orchard Project, would be rejuvenated by careful pruning. A soft fruit area would be planted up, a sizeable vegetable area run on four-crop rotation principles would be created. An ambitious flower garden, designed by Jutta Wagner, was commissioned. A library of gardening books and magazines would be installed in a little garden house overlooking the herb beds.

A team of volunteers from the Community Payback scheme was assigned to offer manpower to boost the efforts of Cultivate’s apprentices and trainees. The initial scene was daunting. Since Miss Temple’s death rubbish had accumulated and now ten years’ worth of fly-tipping and other debris had to be cleared. In October 2015, the project was launched. Now, six months later, the garden is springing into life. There is still a lot to do, but the first workshop – on grafting – was held in mid-March, and the garden is to be triumphantly launched on 10th September 2016. 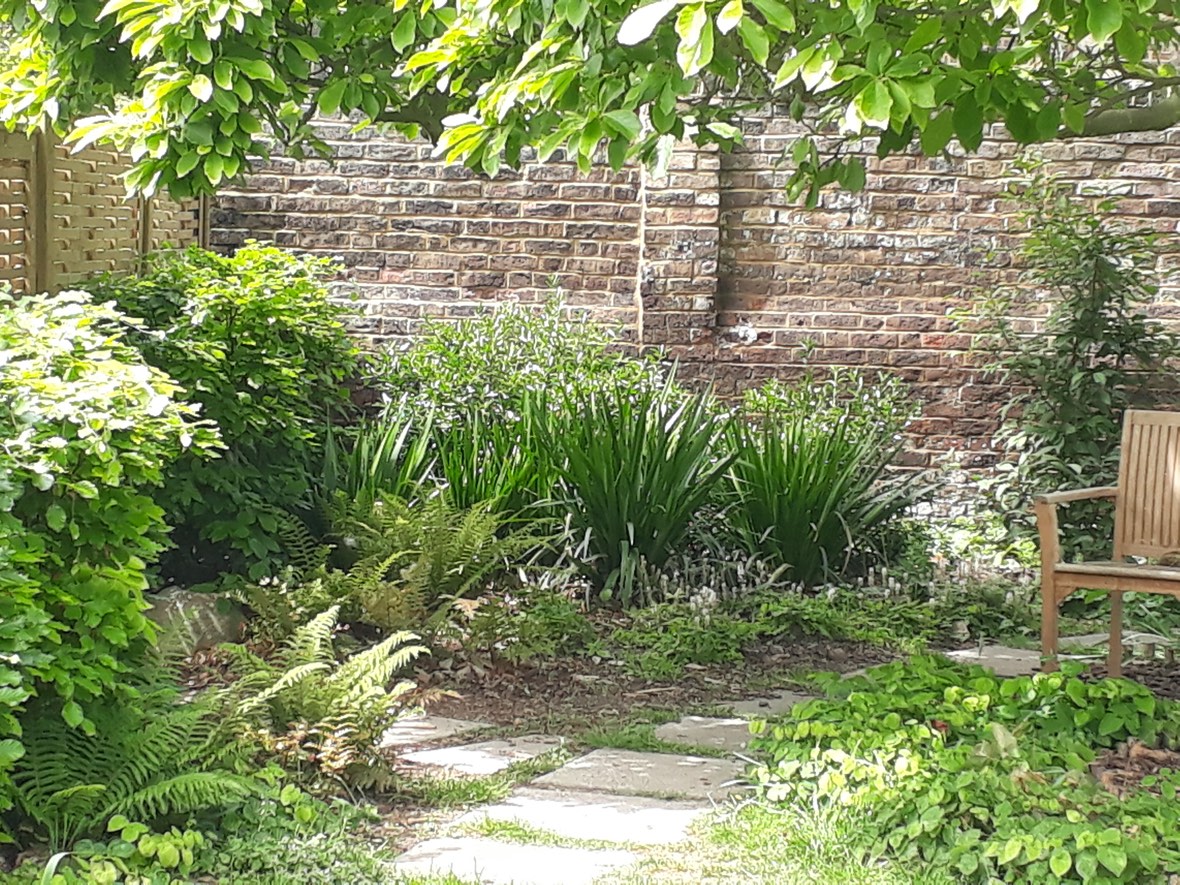 Meanwhile, several of the Community Payback volunteers have continued to work at the garden even after their obligatory hours have been completed, there is a strong team of regular volunteers, the apprentices and trainees are learning new skills, and a new and beautiful garden is opening on the London Road where Salop was once served to passing coachmen.

The Salopian Garden project has been possible thanks to the help and support of the National Trust, People’s Postcode Trust and Sylvia Waddilove Foundation. 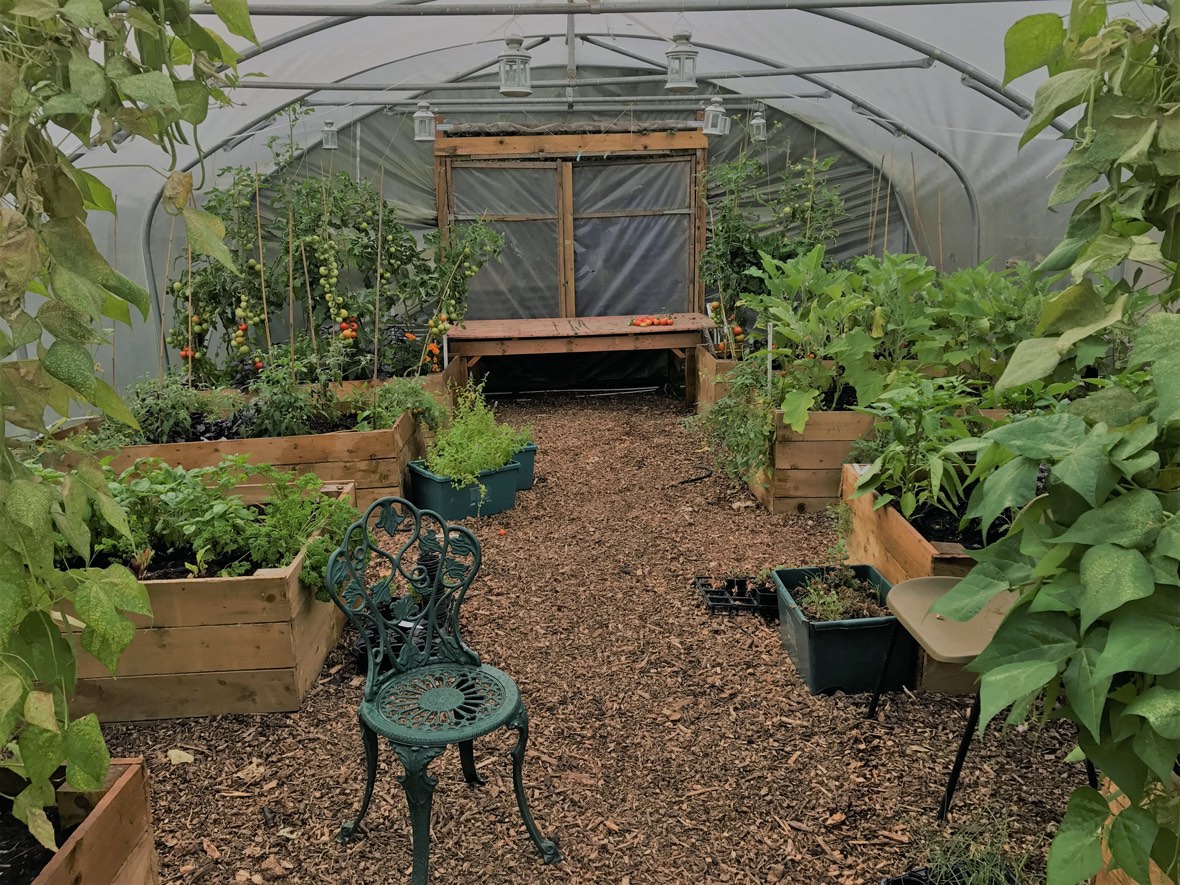